100arts has an Electric Adventure 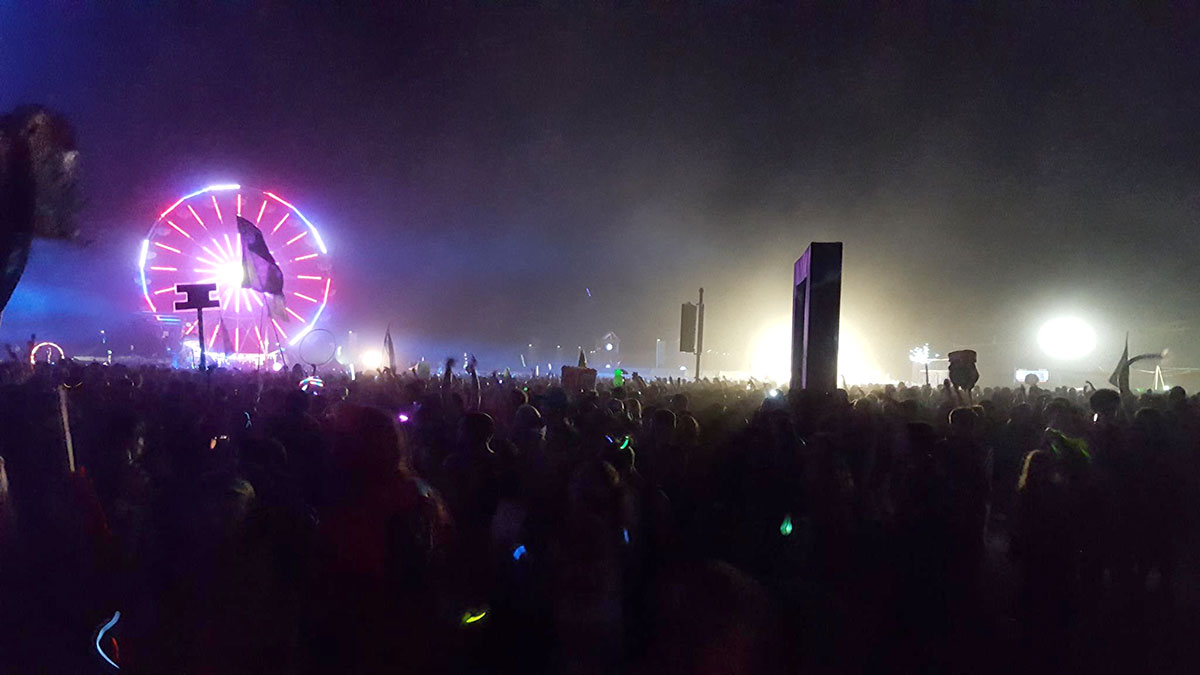 A crew representing 100arts had the pleasure of taking an art installation this past June to Electric Forest, one of the largest multi-genre music festivals in the world. What makes Electric Forest remarkably unique among the rise of popular festivals to date is its commitment to create the most consciously elevated and inclusive experience imaginable. It accomplishes this not just through music and art, but also its emphasis in caring for the community it resides. More than $100,000 has been reinvested into the township of Rothbury, MI, building up an infrastructure that keeps the area clean long after the annual 60,000 sojourners disperse from their campsites.

Our installation was Goliath 2.0, a 12ft x 16ft x 2ft picture frame that groups of people could climb inside and take photos, near the Tripolee stage. The exterior was a custom vinyl wrap showing off the Eagle Nebula, a young open cluster of stars found in the constellation Serpens. Because of its pillar like form, it is also popularly known as the Pillars of Creation. The photo we used was taken by NASA – National Aeronautics and Space Administration with the Hubble Space Telescope. Wild times to be alive where we can create things like this! 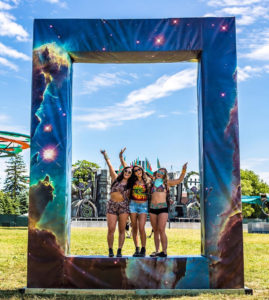 For more photos of Goliath 2.0, you can check out the complete album here.

We also ran around the festival grounds capturing photos of people experiencing the electricity with a custom LED picture frame, engineered by the one-and-only, Magic Mike. We ended up with a couple hundred photos of people, whose minds were thoroughly melted, holding onto the frame with illuminated smiles and looks of disbelief. It’s fascinating what happens when you put a frame around something that’s inherently beautiful: it becomes elevated. The beauty of what simply “is” becomes more beautiful. Our goal was to exemplify this phenomena drawn out by Electric Forest, and share it with as many people as possible. 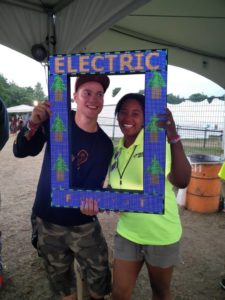 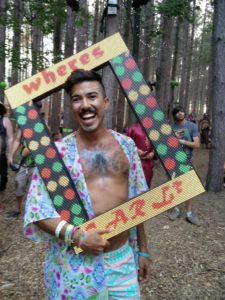 For more photos of the LED picture frame, you can check out the complete album here.

It’s fun to think that this was the third year that we were able to share ranks with such an exceptional production. A special shoutout needs to be made to the crew that made it all possible: Carlos Eduardo Gacharná, Craig Droessler, Paulius Musteikis, Tyler Kraiss, Michelle Page, Justin McKeon, Michael Greer, Morgan Burr, Christian Aguilar, and Brent Gerlach. Another shoutout to Sylvan and Dana Gerlach for putting up with the construction of Goliath 2.0 in their front yard.

If you’re looking for an unforgettable time, tickets went on sale for 2016 mid-December of 2015. Mark your calendars, and maybe we’ll see you next year ~