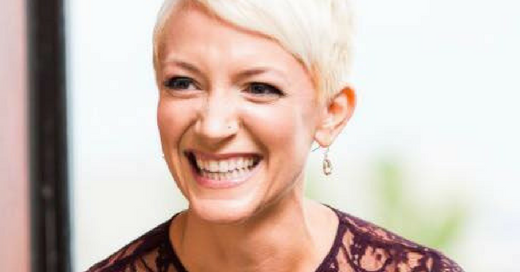 By Alison Fitzgerald, as told to Olivia Barrow

When President Trump declared a ban on immigrants from Muslim nations last January, I lost my mind.

That immigration ban was so blatantly unconstitutional, I just couldn’t believe it. And it was only the first in a string of violations of the Constitution and basic human rights under Trump.

But as angry as I was, I had hope, which was rooted in my law school experience from back in 2005.

The first year of law school is the same no matter what school you go to. Wherever you are, your first year will cover the fundamentals of things like contracts, civil procedure, and Constitutional Law. It was amazing to me how the Constitution has evolved. Even though it was written by a bunch of old white men, through landmark Supreme Court decisions it has turned into a document that works to protect people the authors didn’t intend to protect in situations they never dreamed of.

I was so impressed by the thoughtfulness of our professors and the processes of law school. Everything was done with the goal of teaching us how to think differently, to see that our first duty is to uphold the Constitution, in every situation.

The experience left me with a strong sense of brotherhood with and trust in my fellow law students all over the country.

It also left me with a personal and professional network filled with lawyers working in all different specialties, including immigration law.

And the day that Trump’s immigration ban went into effect, my freshman roommate in college raced to Chicago to serve as an attorney for the immigrants being detained at O’Hare. In New York, it was the same story.

We were hearing about all this evil in the media, but I saw an army of attorneys standing up and doing everything they could to uphold the Constitution and protect the vulnerable.

That experience made me so proud to be a lawyer, even though I had just turned in my resignation from my dream job in my dream city.

After nearly ten years of working in NCAA compliance, I had to take a break from practicing law.

I was running the NCAA compliance program at Manhattan College. After seven years, I had finally made the leap to a Division I school, but I was the only staff member dedicated to NCAA compliance. I was also in charge of student-athlete welfare and community service. Since we were Division I, we were held to the same standards as a school like UW-Madison, but we were severely understaffed.

I’m a big city gal, and I had always wanted to live in New York (I’m from Madison). I would work normal business hours, then meet with students sometimes as late as 9:30 p.m., then take the train back to Harlem, get up at 7 a.m., and do it all again.

I was living in the greatest city in the world, but I couldn’t enjoy it.

After two and a half years of that, I was totally exhausted.

I gave the college two months’ notice, and then I sold all my furniture, and packed up everything I couldn’t part with into 15 boxes. When it was time to actually move home, I just boarded a plane with three pieces of luggage.

I wanted to give myself at least two years back home in Madison to get healthy, and reexamine my career choices and priorities.

I went to a staffing agency and told them I just needed a paycheck, but I didn’t want anything super challenging. I temp’ed for three and a half months in a small legal firm, while looking for another job.

I started my current job — working for Henry Wilde with Acelero Learning — in April 2017. My company is heavily involved in education advocacy, working to close the achievement gap for children and families served by the Head Start program.  Even though I may not use my legal degree in the traditional sense, I still use my legal knowledge and skills every day in a lot of unique ways.

There are, of course, some things I miss about working on a college campus.

I loved being in a position to impact policy, especially being able to advocate for student-athlete welfare. I miss diving into Title IX issues, thinking through how drug testing regulations impact students, and making sure they receive due process. I got a small taste for working with the NCAA to write new legislation at Manhattan College, but wasn’t able to explore it as much as I wanted to.

I loved looking at big, complicated issues, and diving in to understand the background and the nuance. At Manhattan College, just before I left, I briefly served on a committee trying to determine how to deal with sexual assault on campus. That short encounter showed me that colleges and universities just don’t know how to deal with sexual assault. We heard over and over that our duty was to protect the institution first, and the victim second. There’s a lot more work to do to address sexual violence on campus.

However, I’m currently happy to curl up on the couch while reading (and watching) classics like 1984 and The Handmaid’s Tale. And when those stories get just a little too real, I take a deep breath, and remember that an army of lawyers across the country are fighting to make sure those imagined futures never become reality.

Previous Post
Roll For Guild on the Captimes
Next Post
100stories: I used to be a client hoarder