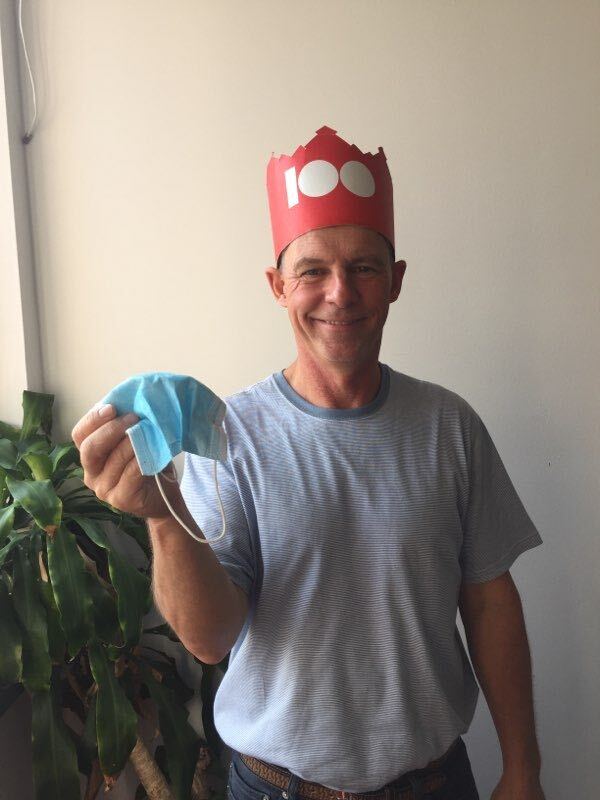 Posted on July 13, 2020
Our June Member of the Month is Jim Zirbel!    Jim has been a long-time supporter of 100state and is truly a jack of all trades.  Electrician, carpenter, musician, entrepreneur – he’s a guy you want to know, and we’re so lucky to have him as a part of the 100state community.   Learn more about Jim below!

I am currently a Sales Partner with BAAZL Intellimetrics & Founding Director FM Pipeline Team, Inc. BAAZL was started by Mac McKinnon, a 100state member. They provide developers, architects, GC’s and property management firms drone-based photogrammetry modeling as a service. It’s a painless means for developers and their teams to see what’s going on during a project and ultimately becomes their construction document repository when the building is handed over. FM Pipeline is a 501C3 I started on a dare 6 years ago. We run a growing high school competitive program for scholarships in facility management schools in Florida, Virginia, Colorado, Kansas, and Wisconsin. We just picked up California and will eventually run in Egypt.

Why do you work out of a coworking space? And more importantly, why 100state?

First, I HATE the term coworking space. That sounds cold, way too swanky and full of people I probably don’t wanna meet. Time to rebrand. This is an entrepreneurial community where we can work, collaborate and gel, something that coworking doesn’t necessarily do.

Who do you look at as a role model and why?

I find Richard Branson and Elon Musk really interesting people who, with entirely different motivations than I, are taking huge strides toward something never done before. I hate cut and paste mentality, unless it’s hack graphics for a shirt or something. I’m recently really excited to have been acquainted with Heba Kamal, Egypt head of Enova – Veolia, who is in charge of an insanely big outfit solving the water problem at the end of the Nile. She’s driving our program there, per above. Egyptian women often have stronger roles in many Islamic states, yet Heba’s is largely a few stations above the norm there, particularly post-Arab spring. Hope she continues to make amazing things happen.

What is your favorite 100state memory?

I have tons of memories mostly from art events. Oh yeah- banging out “Whole Lot of Love” on a horribly out of tune player piano for Holly and Lisa during art night, in a tuxedo. Iconic. I committed to Brent Gerlach to bring beers to every one of those events, as they happened on Friday nights after we were done in the studio. They were always dry as the bible belt by that time. Oh yeah, the night I bought “Ibrahim the Ubiquitous” shirts for everyone…. except Ibrahim, at town hall. Loved that. Reminds me to do a reissue perhaps. Iconic in his own right.

What inspires you to keep going and pursue your dream?

I live for being first, despite its danger and my lack of certain skills necessary to attain success sometimes. Holibirthday.com was a prime example- I had the concept, yet as a strong-willed entrepreneur, I wouldn’t give up my model for a better one others suggested and knew intimately. Woulda shoulda, that was startup number 4,  and I threw the kill switch in 2018. On the other hand, failure for me doesn’t blow up a 50 million dollar rocket or kill anybody, so I’m still willing to take a whack.

When you’re not at 100state, where can you be found?

I live in McFarland, the hideaway a mile away. Other locations include a lake lot called BZRC and helping my dad recover from a hospital stay. I also spend just under a month helping run the EAA seaplane base in Oshkosh,  but not this year.